I keep on thinking of little things to blog about – from newspaper headlines to the price/strength of cheese – but I never quite get round to it. I should buy myself a BlackBerry and blog on the move. Except that I’m not going to. Maybe I should just blog more often. Ho hum.

The week has been work and drinking and I’ve spent the weekend feeling tired and confused, which is not in itself a bad thing. This afternoon my girlfriend and I wandered around north London, in a desperate attempt to just get out of the house for a bit. It was one of those days when you spend 3 hours looking for somewhere to eat and then spend half an hour eating. Still, I managed a discreet celeb spot in Hampstead, near the Royal Free Hospital. It was none other than Liam Howlett of The Prodigy. He was dressed very strangely, like a pantomime punk in a rubbish BBC sitcom. I hardly recognised him. From the giddy heights of Hampstead, we ended up in Finsbury Park, trudging along Stroud Green Road, trying to avoid Arsenal fans.

Whilst out and about I saw an advert on a bus. It’s an ad I keep seeing for cervical smears. Now, you might imagine that such an advert would show a picture of a lady’s private parts. But no, that would be rude. So, you might think that instead they would show a picture of a lady smiling, happy in the knowledge that she’s had her smear and is as healthy as a duck. But no, instead the advert is this: 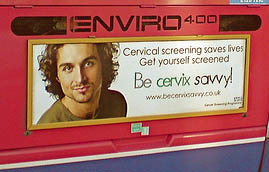 Now, I don’t quite understand the point of it.

The only possible explanation is that the man in the advert does look like a bit of a cunt, if you’ll pardon my language. If anyone does have a more logical explanation for the ad, please let me know.

One thought on “Prodigy and adverts” 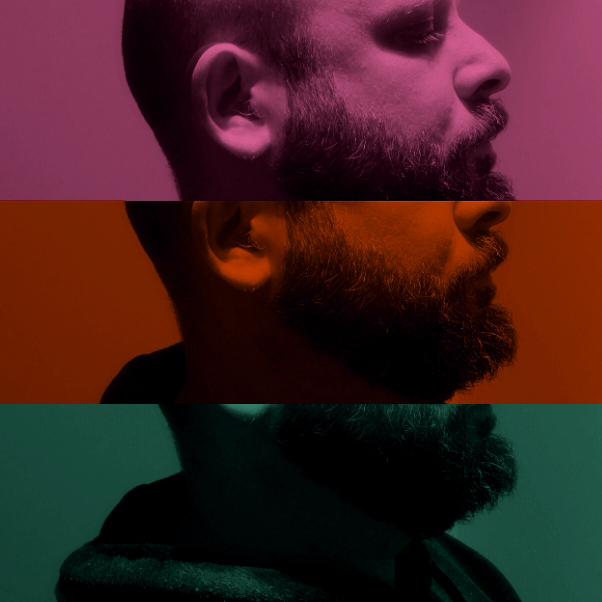